Inspired by an article in The Guardian about missing women in India, I’d like to share some thoughts with you about the position of women in India & Bangladesh. If you’ve been following our journey, you’ve probably heard me talking about all kinds of abuse many women in these countries endure, such as trafficking and slavery. Today I would like to delve a little deeper. Why is abusive behaviour towards women so rife?

The article in The Guardian I mentioned is about more than 63 million women who are “missing” statistically across India, and more than 21 million girls are unwanted by their families. The causes for these missing women are sex-selective abortions and better medical care and nutrition for boys. Also, many families who’ve had a girl are more likely to try again for a boy. Whereas if they’ve had a boy they’re more likely to stop having children.

But why do so many families prefer boys over girls? This is something The Guardian doesn’t answer, and it’s a complicated issue. The articles touches briefly on the custom of parents having to pay large amounts of money for dowries for women, which is something many poorer families can’t afford. But increasing wealth does not stop the preference for boys, with some wealthy areas even faring worse over the years. A reason The Guardian cites for this is higher educated women have less children, so pressure to have a boy as soon as possible is higher.

However the Indian economist and philosopher Amartya Sen does give us some more background information. He was the first to raise this issue, by writing an article in The New York Review of Books titled ‘More Than 100 Million Women Are Missing‘. The article is from 1990 and estimates a 100 million missing women worldwide. The effects are concentrated in Asia and the Middle East. To quote Sen, “These numbers tell us, quietly, a terrible story of inequality and neglect leading to the excess mortality of women.”

Sen argues a direct relation between the ‘worth’ of women and gainful employment. Meaning the countries where women are least contributing financially are also countries with a lot of missing women. But, he says: “Of course, gainful employment is not the only factor affecting women’s chances of survival. Women’s education and their economic rights may be crucial variables as well.”

So the solutions are as simple as they are complicated. Education, and equal rights, followed by gainful employment. This, in a nutshell, is why so many organisations demand education for girls and equal rights for women. It’s not because we favour women, it’s because many societies disfavour women.

Read more about the women who make our products here. 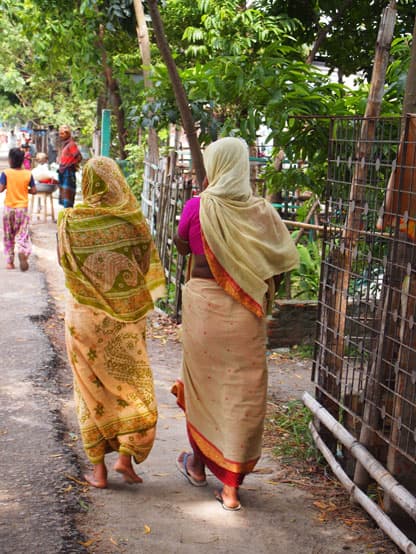 Posted in
inspiration & tips, meet the makers
Tagged
ethical, ethical trade, women's empowerment
Comments
Leave a comment
Categories: inspiration & tips, meet the makers
Tags: ethical, ethical trade, women's empowerment
Leave a Reply Cancel reply
Categories
Search
We use cookies to ensure our website works properly. If you continue to use this site we will assume that you are happy with it.ok