Jamdani is a traditional form of weaving that originated in Dhaka. It’s a sheer cotton fabric with vivid patterns woven on a handloom. Unesco recognises jamdani as Intangible Cultural Heritage of Humanity. 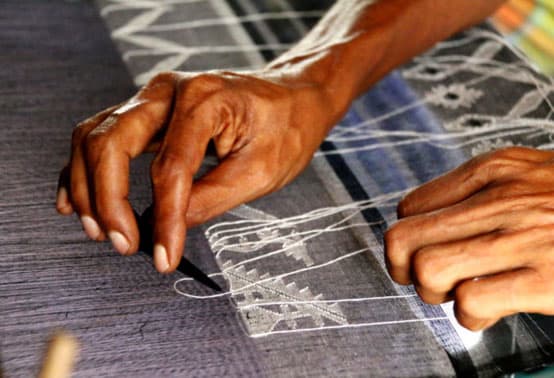 Weaving jamdani takes a lot of time, because the motifs are very intricate. Weavers create the motifs directly on the loom using the discontinuous weft technique. This means they insert an extra weft thread to weave the motifs with. The sheer cotton fabric weavers use as a base is also known as muslin. 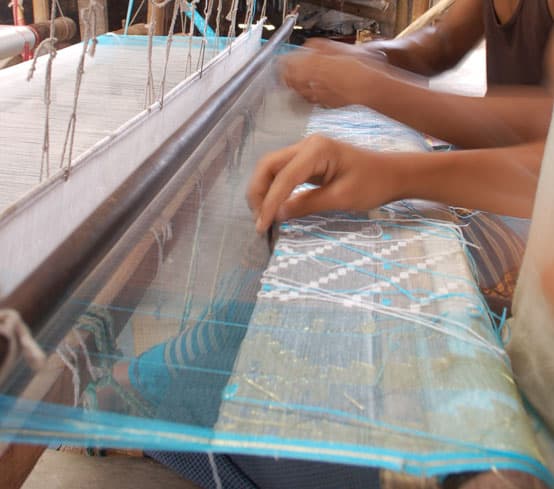 Jamdani used to be known as Dhakai, as the fabric originates from Dhaka. The earliest mention of Dhakai is from the 3rd century BC. The word jamdani is of Persian origin and came to be used under the Mughal Empire (1526-1858). Jam means flower and Dani means vase, alluding to the many floral motifs that are used in the fabric. The fabric was incredibly popular under the Mughal Empire and the industry bloomed, creating a large and renowned cottage industry and trade.

Since this form of weaving takes a lot of time, it’s a costly fabric that used to be reserved for the aristocracy. One sari could take several months to a year to weave.

During the British colonial period the production of the fabric greatly declined. First and foremost because policies favoured industrially produced textiles. But also because the Mughal patrons of the jamdani industry fell away.

While jamdani originates in Dhaka, it is nowadays practised in the entire region of Bengal, Bangladesh and West Bengal in India. Many weavers from Dhaka moved to West Bengal during the partition of India, and continued to practise and develop their craft there.

Recently there has been a revival for jamdani weaving. Appreciation of the fabric has always been high within Bangladesh and India, but now many more people can afford it because of the growing economies of both countries.

Also traditional crafts in general have seen a revival in recent years, as people realise it’s an important part of Bengal culture and feel it should be preserved and supported. The heritage is very important to the weavers and they are highly respected for their skills. However they also still struggle to make a decent living and that’s why many weavers hesitate to teach the art to their children.

The fabric is mostly used for saris, these saris give and important sense of cultural identity to the wearer. However for us in the western world who mostly don’t wear saris, we ‘re very lucky that also jamdani scarves are being made. We feel so very proud to be able to present this traditional art of weaving to you in the form of some wonderful scarves. Take a look at our jamdani indigo scarves here. 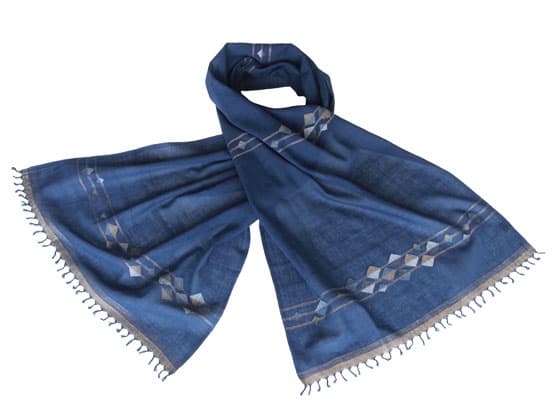 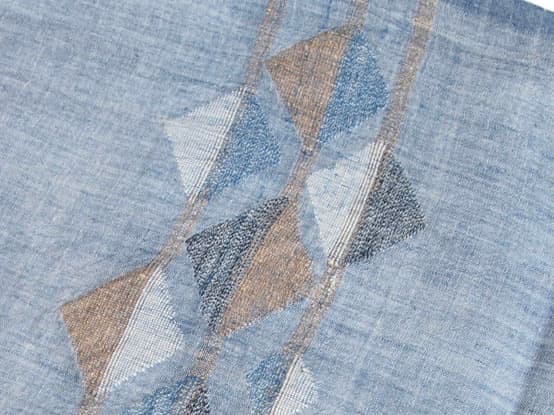 Read more on the importance of jamdani on the website of Unesco. 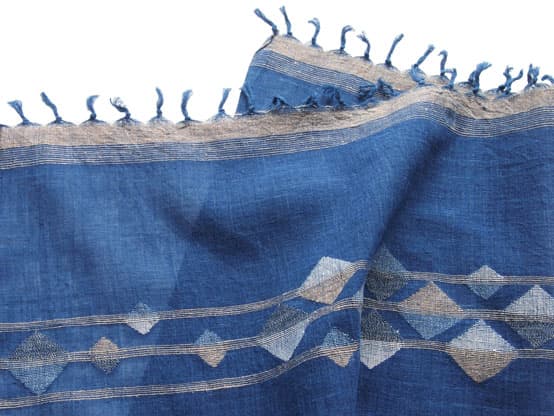 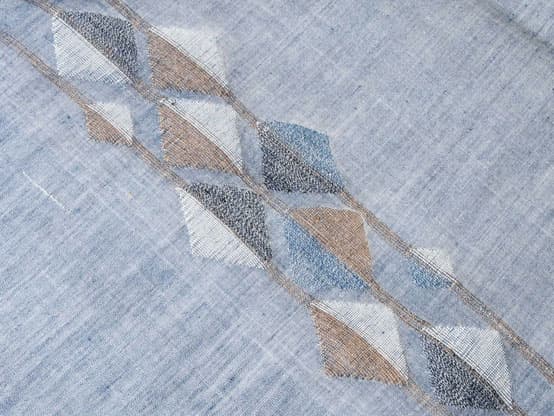 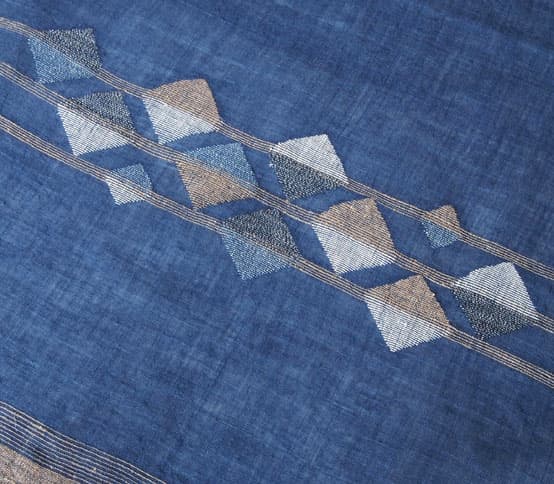